My priest Mazer now has his Crusader title!

I offered my healing services on him to the guild last night.  We’re really lacking bodies for Ulduar 25 and healing was down last night so there I am healing.  I was happy with the meters, #1 on Ignis and was pretty high on Kologarn as well.  We also down Auriaya to finish off the night.

King(s) of the Fire Festival 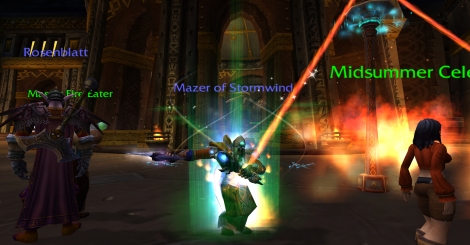 I must say that I’m glad the festival is a whole two weeks.  The start of my week-long family vacation this year was also the start of the festival in WoW. So the first thing I did when I arrived home last weekend was to go through and do the entire world event on my main character.

After completing  [The Flame Warden] on my warlock I realized that he made at least 750g or more from doing the event!  From there I thought about my two level 80 alts and how horrible there current titles (Jenkins & Stormwind) were.

So it began, I logged over to my DeathKnight the next day and started traveling the world to every bonfire, just like my main character did. After completing the event and earning Coldarra’s new title over the course of two days I then thought, “I made like 1000g and achieved a new title!”

It was time for the 2nd alt, Mazer then completed the event which I did in one day’s time.  Unlike my other two level 80s, Mazer leveled a lot through instances so he had not traveled much of the world.  So in the process of getting him a new title, I also picked up any flight paths he was missing. (DeathKnights are created with all Eastern Kingdoms & Kalimdor flight points with the exception of Ghostlands.)

So what did I do this week? I worked towards and completed [The Flame Warden] on three level 80s! 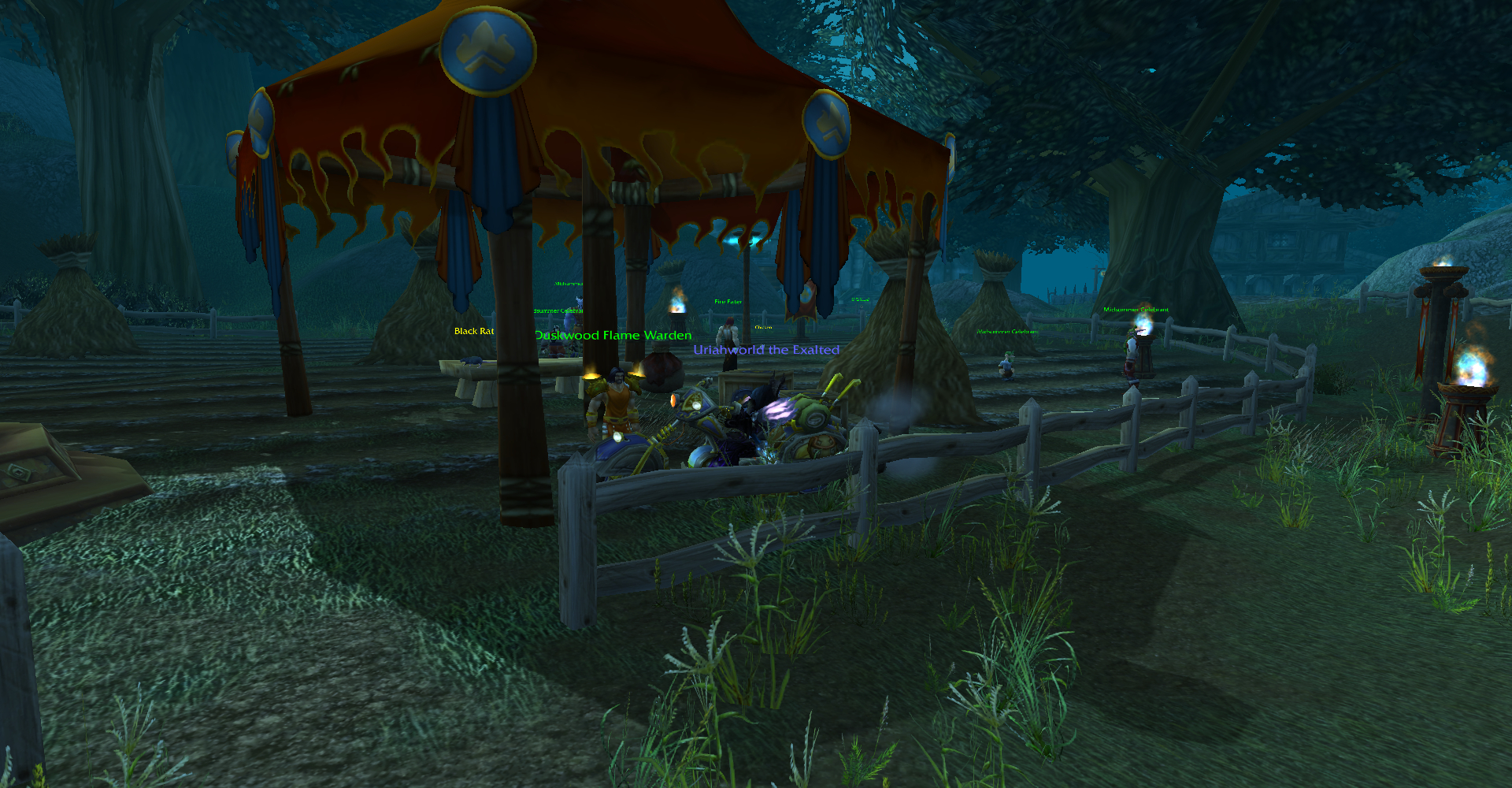 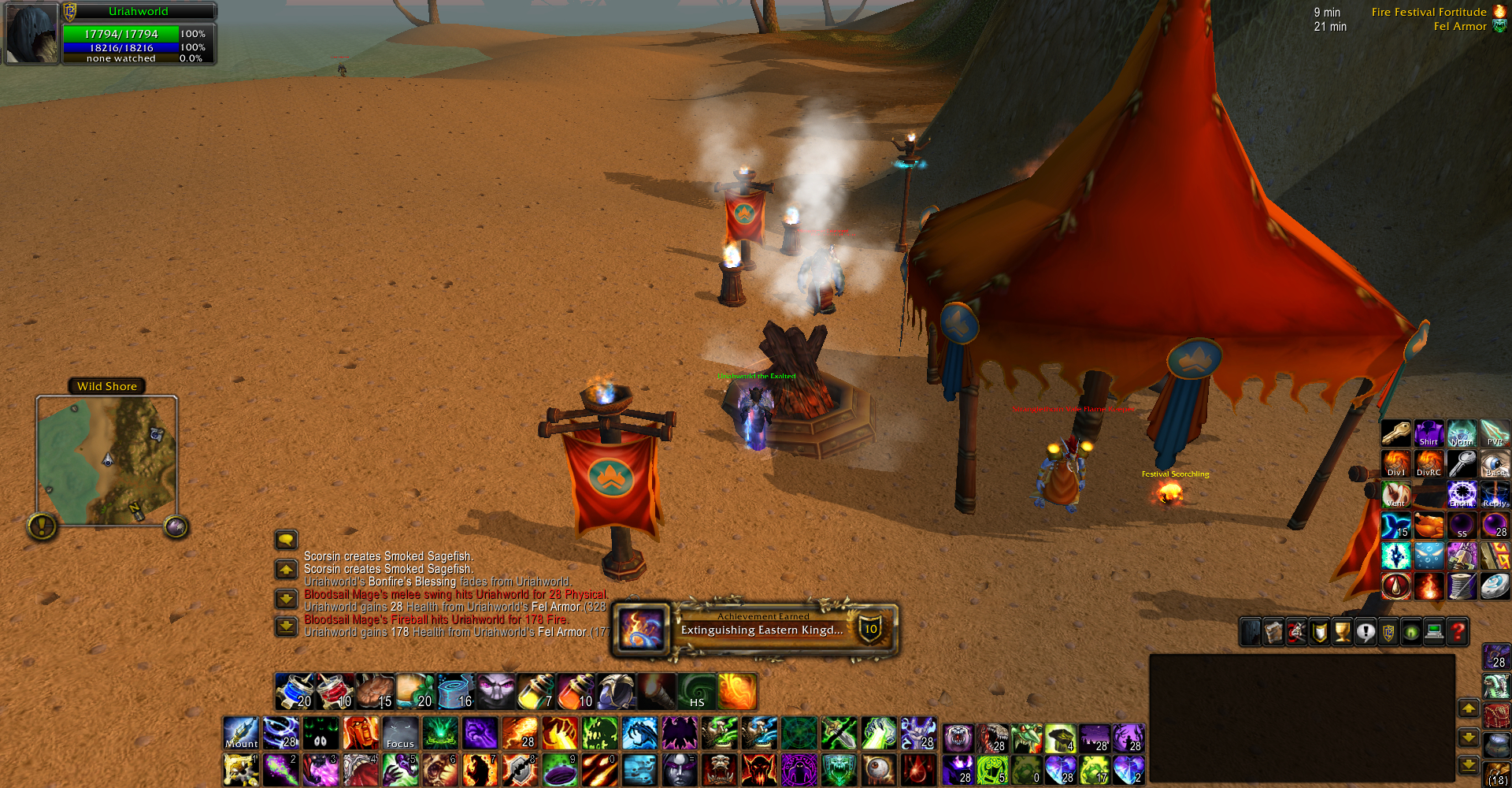 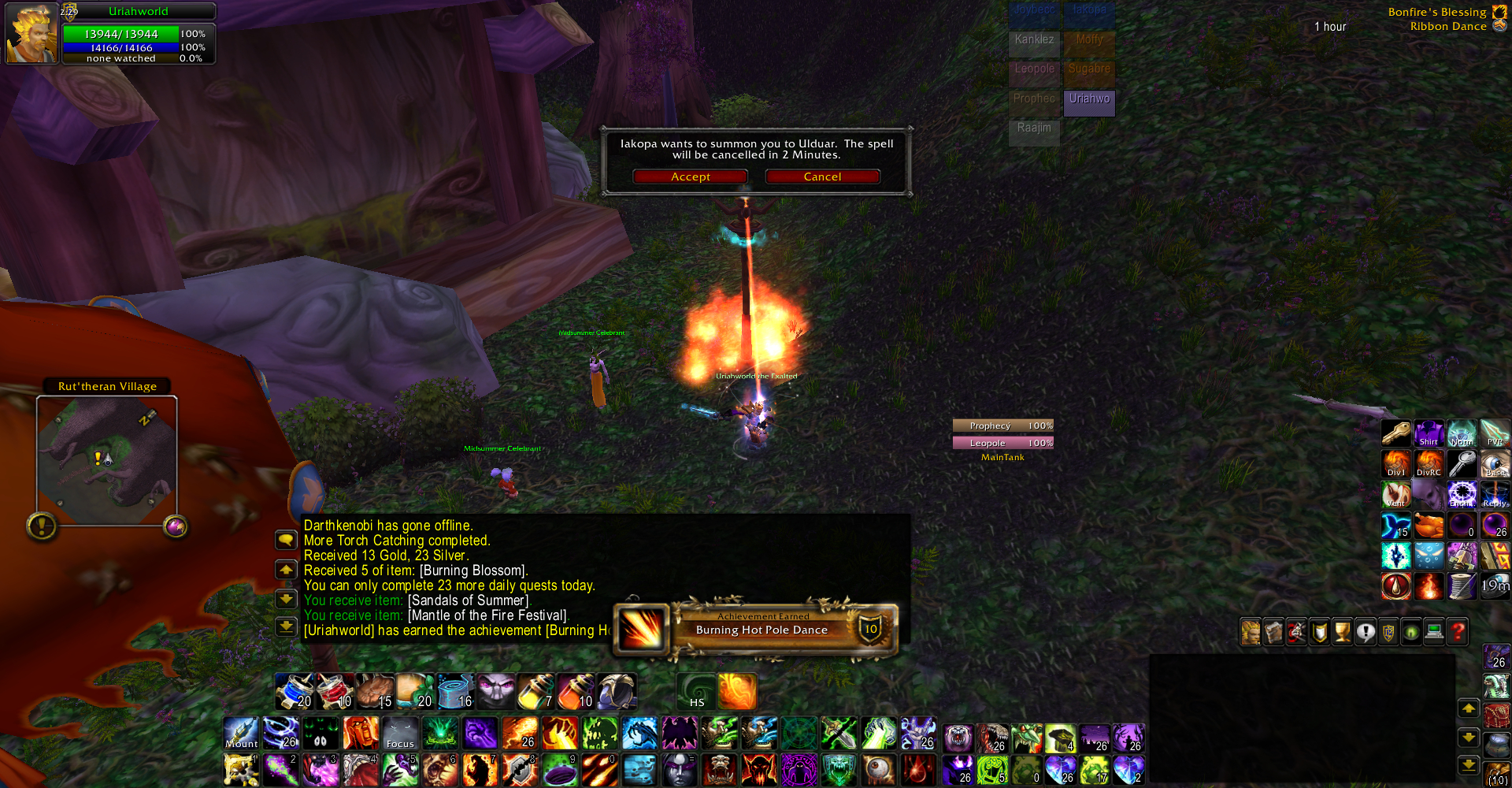 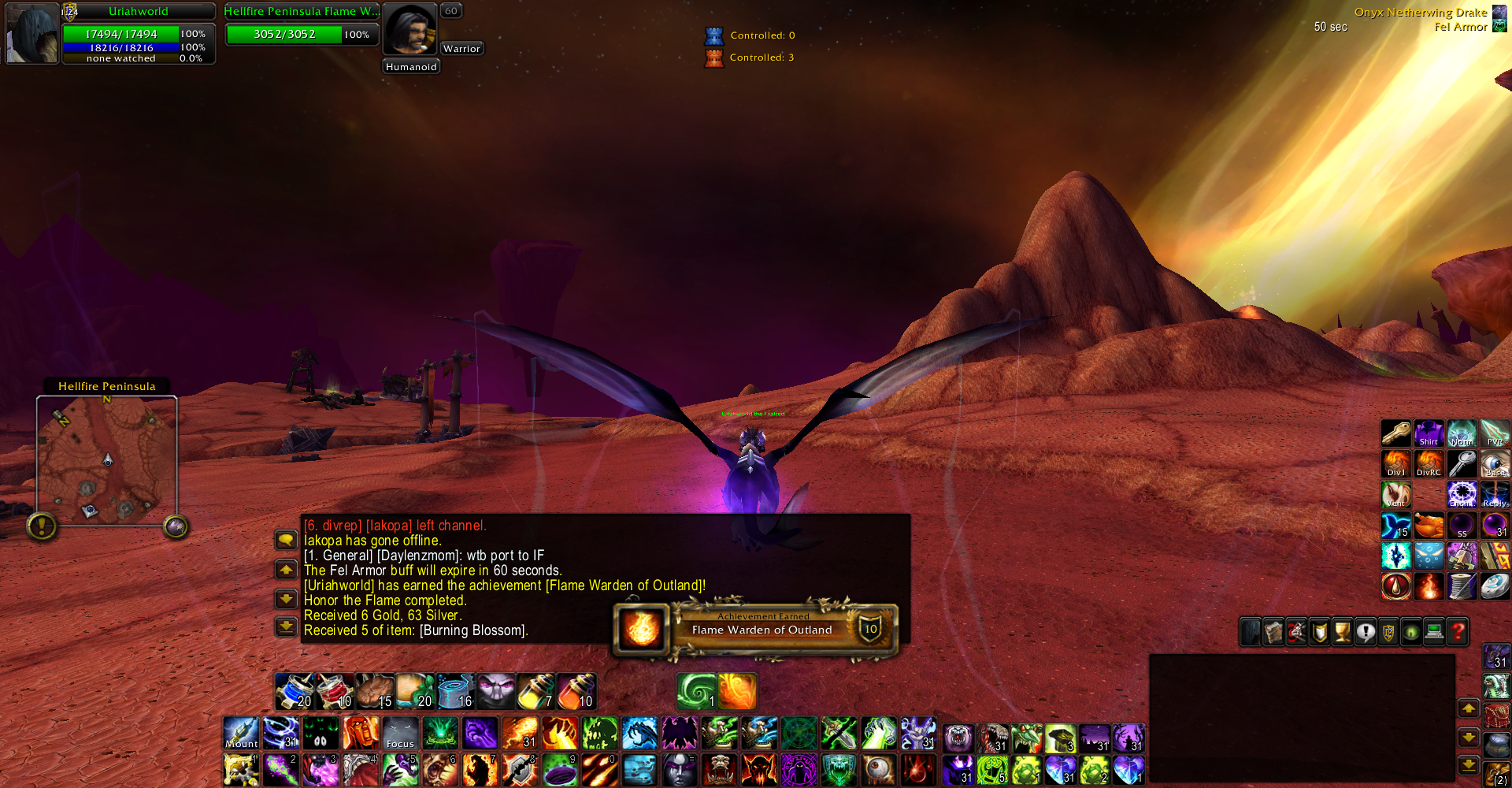 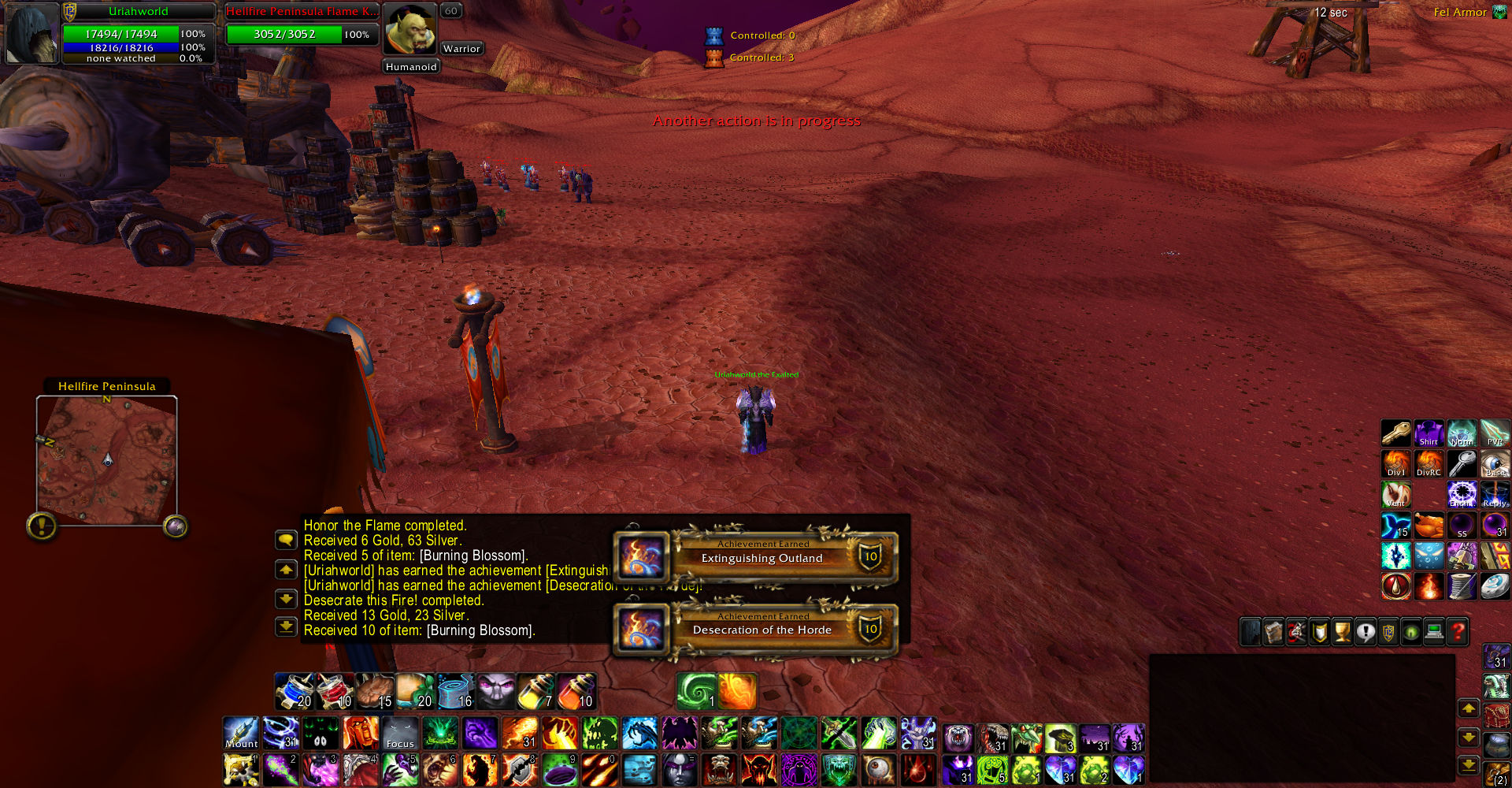 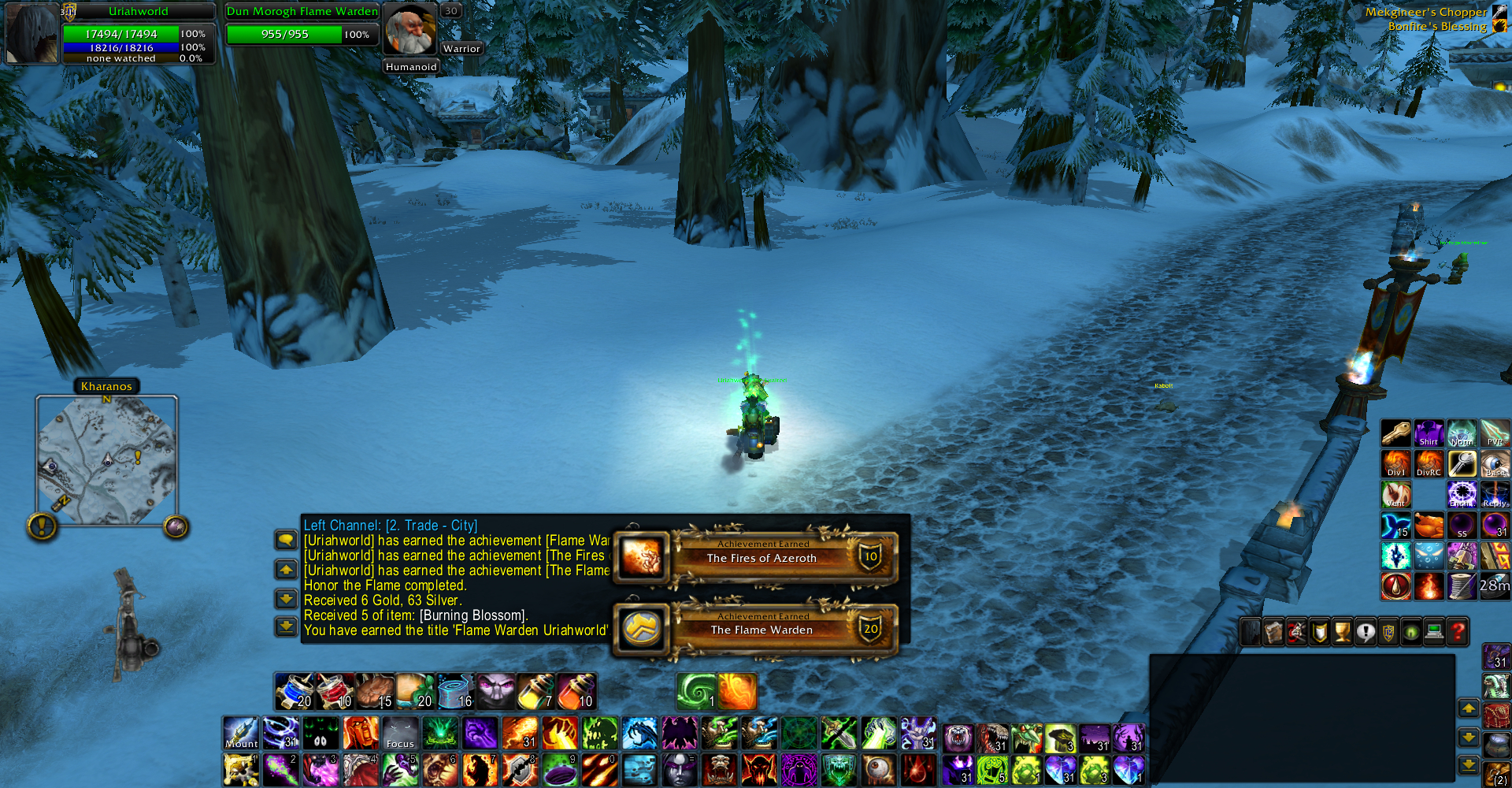 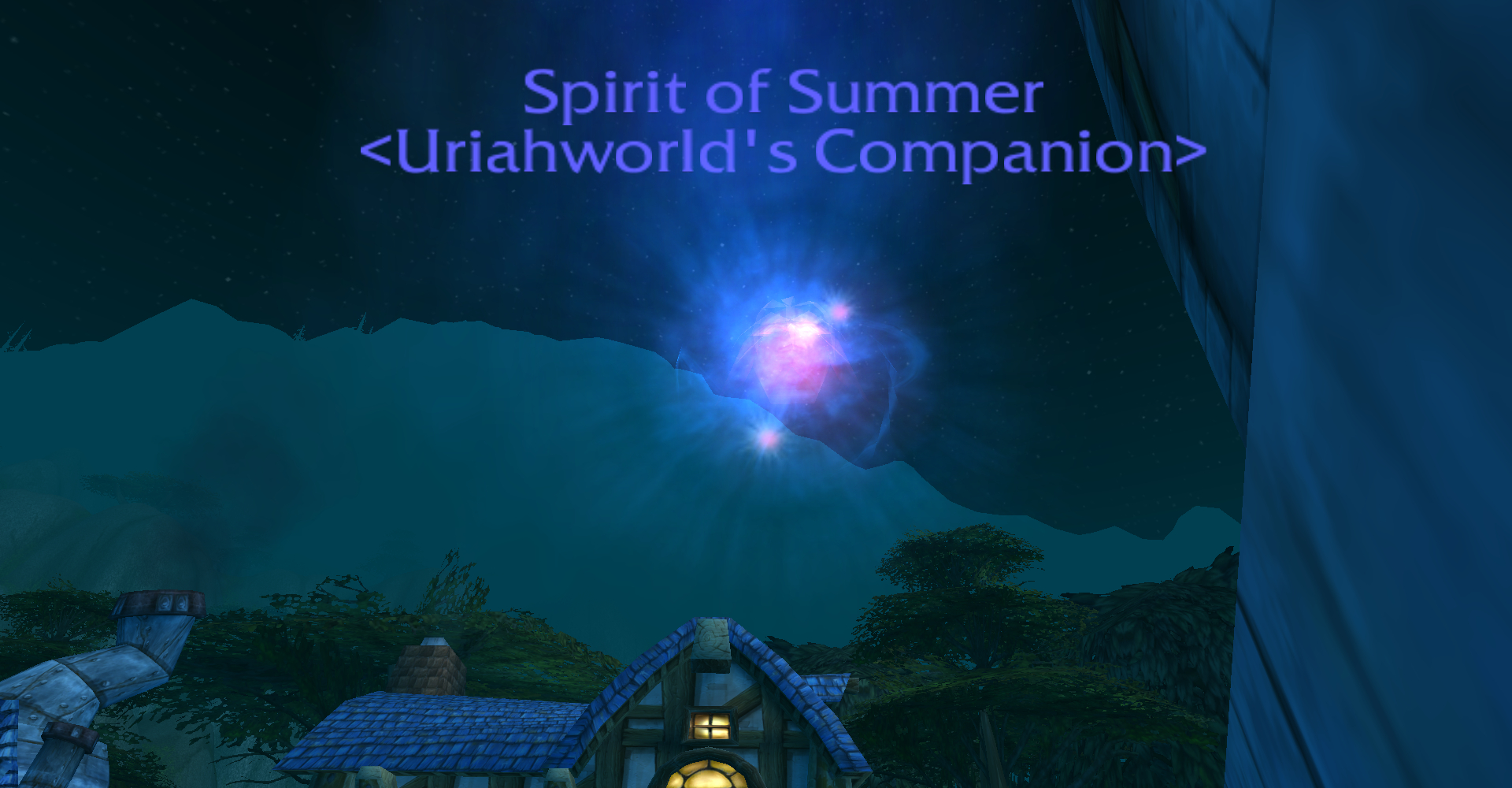 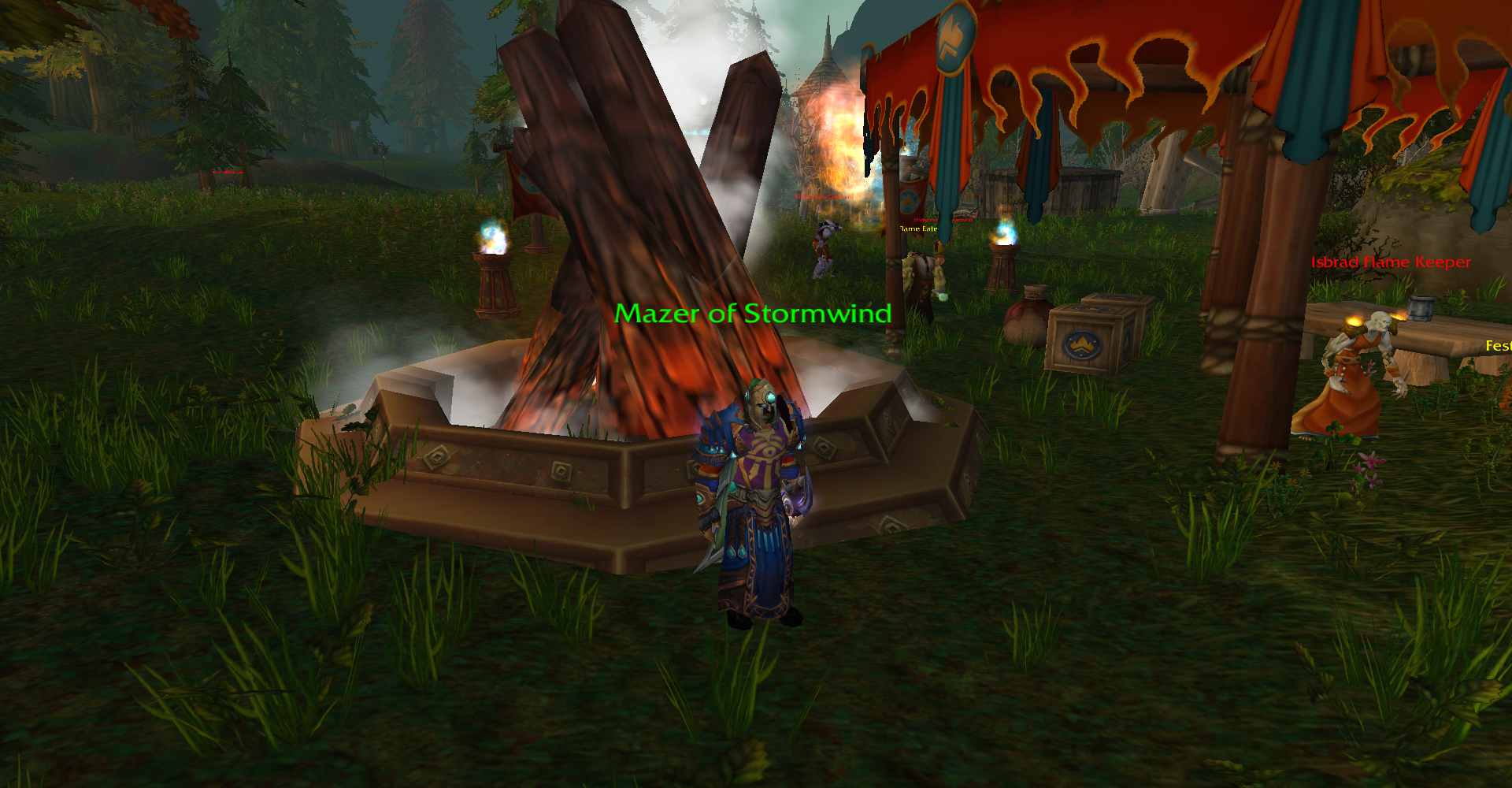 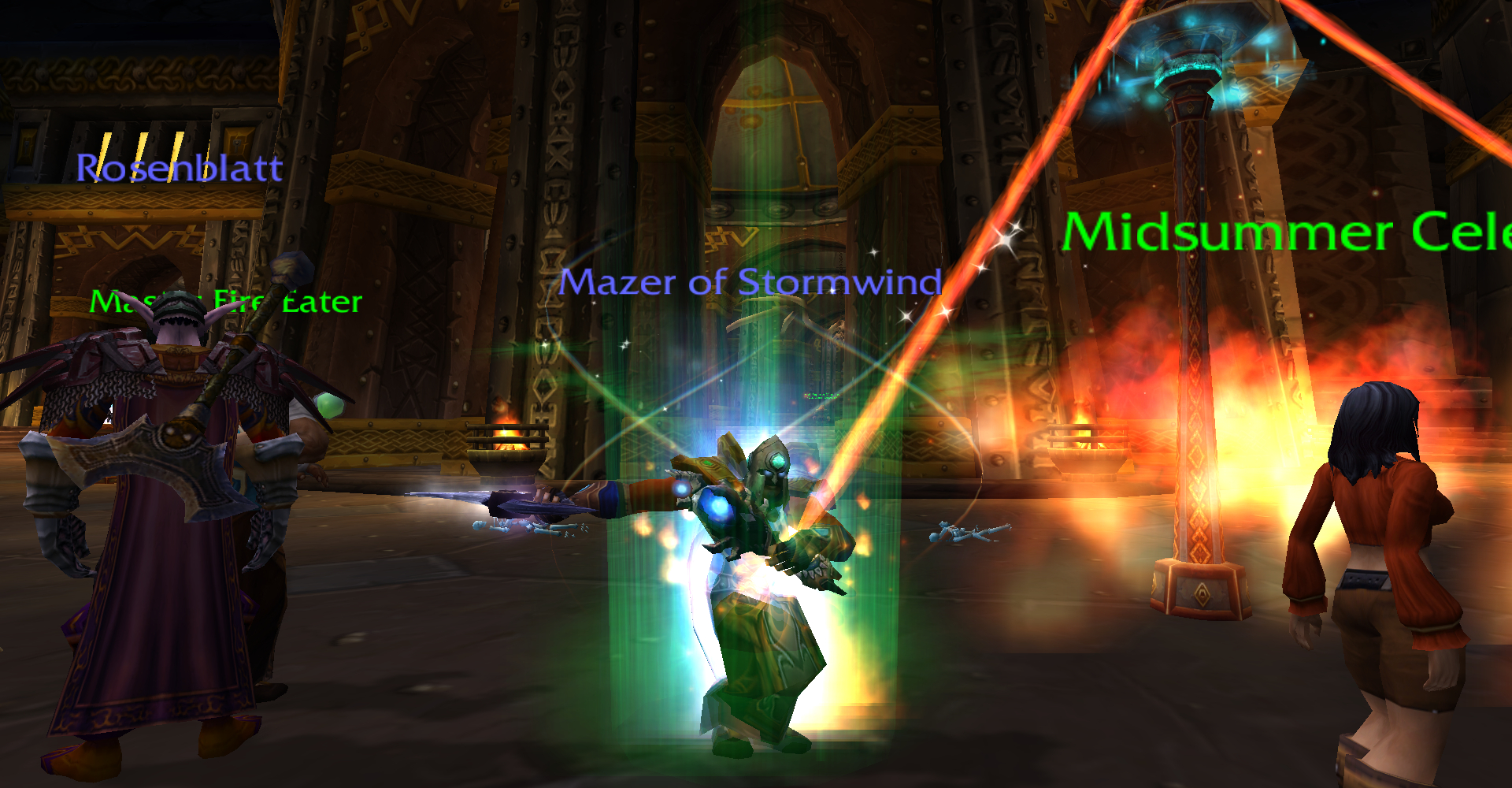 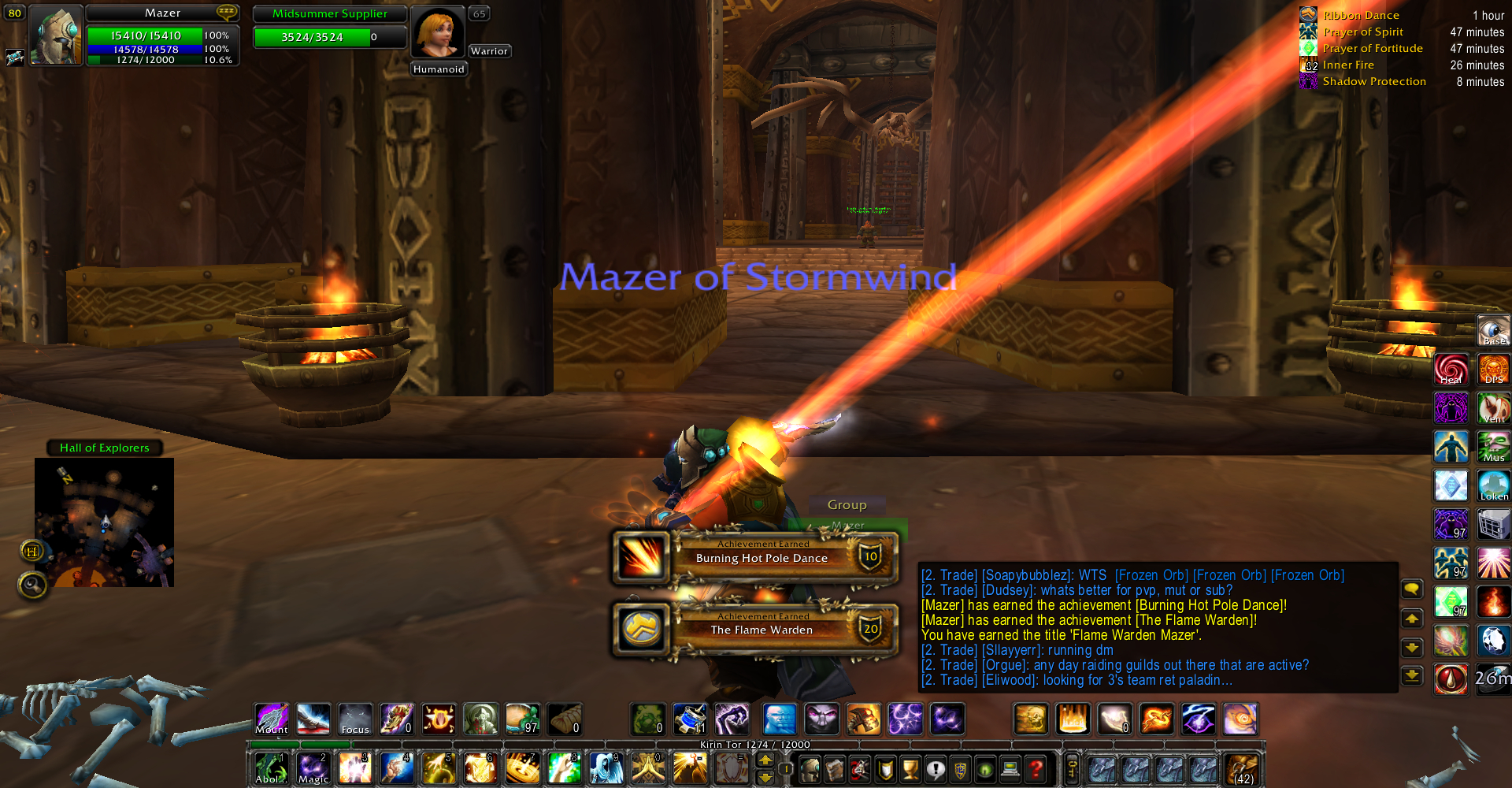 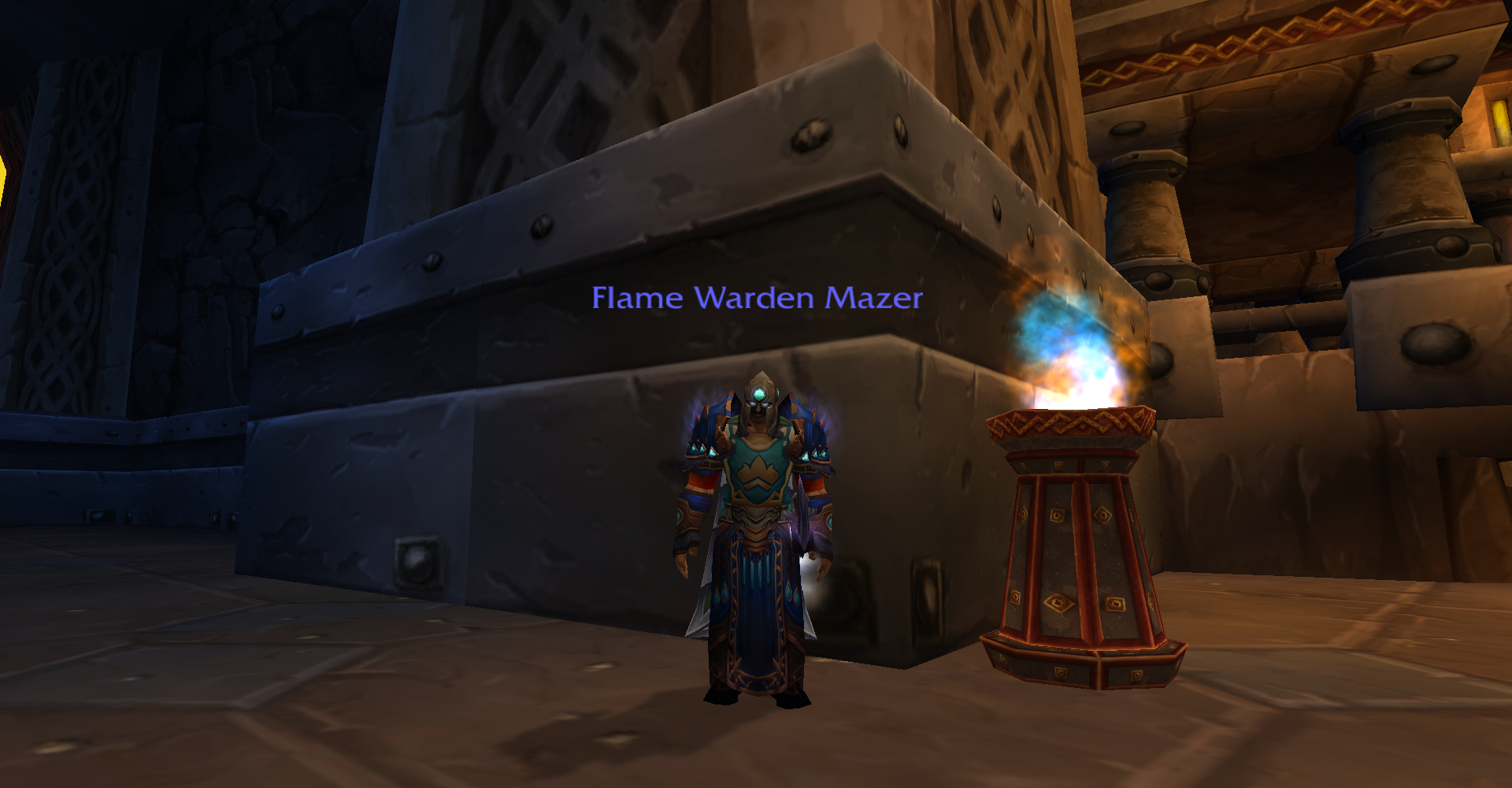 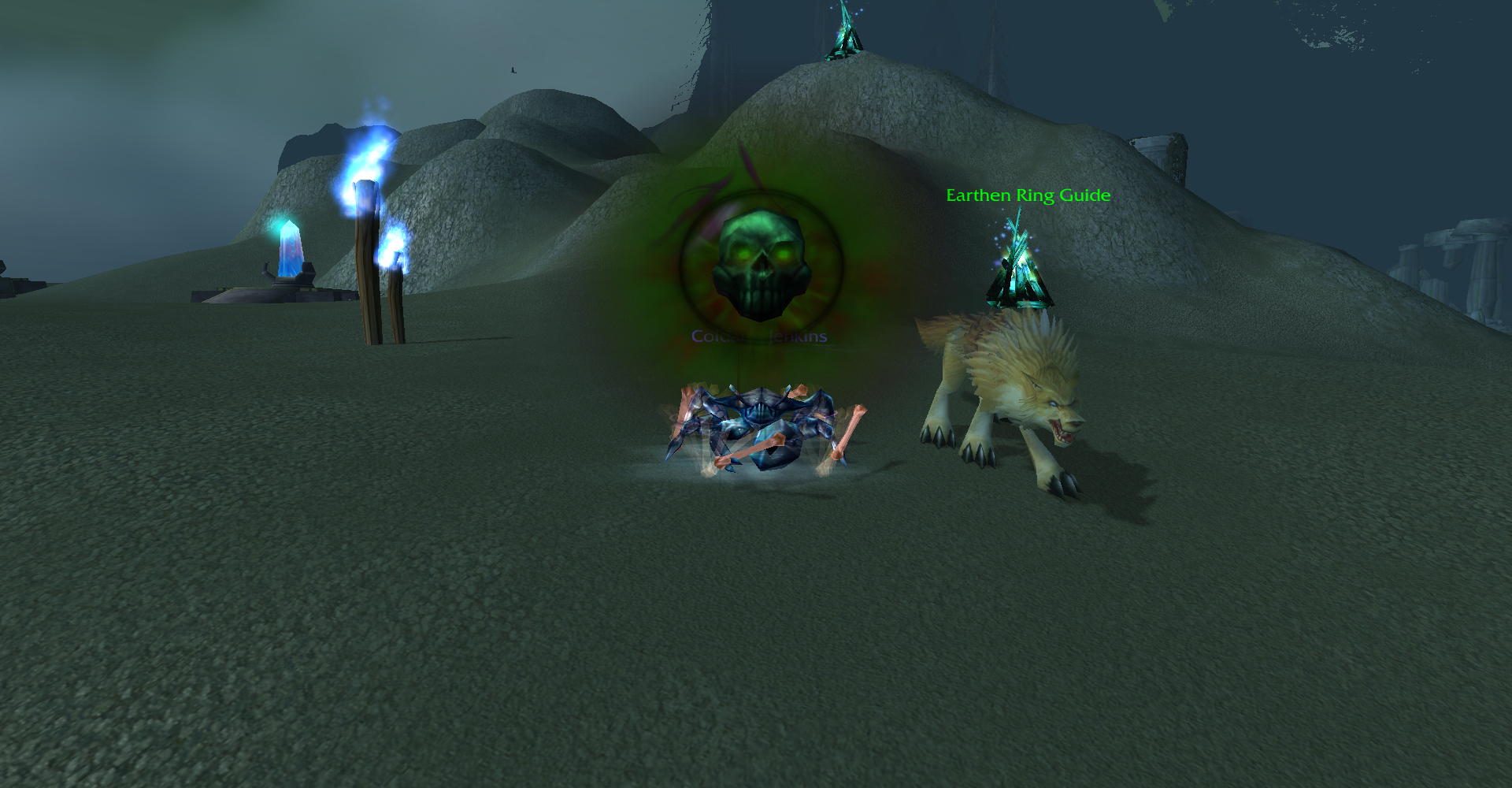 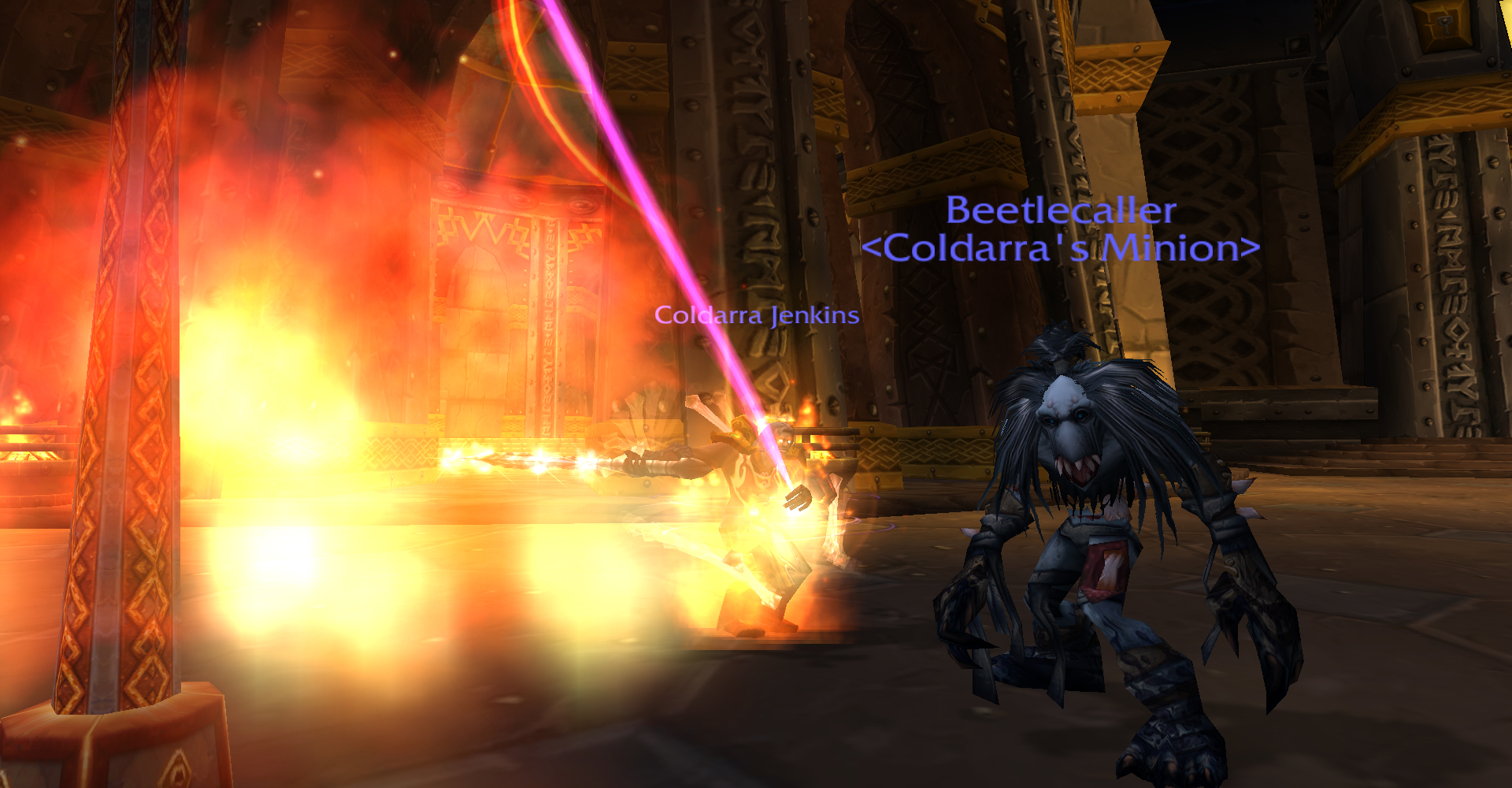 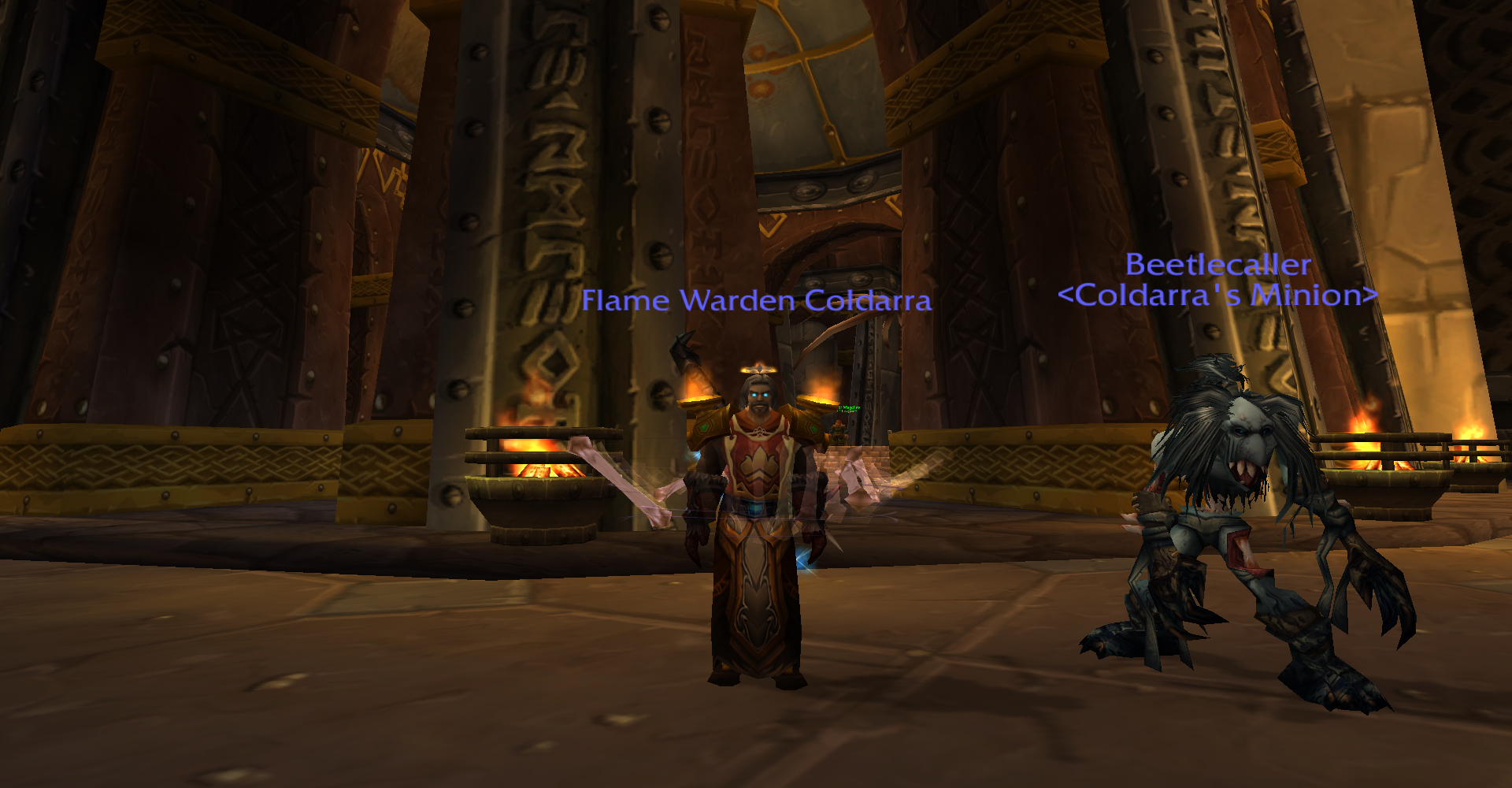 This is a little late but my priest Mazer hit level 80 Saturday, woot!

He is wearing a couple epics already thanks to tailoring and Valor tokens.  For 60 tokens, I bought [Cuffs of the Shadow Ascendant] a good set of BoE bracers to start out with. Tailoring wise, I crafted 4 pieces including: [Moonshroud Robe], [Moonshroud Gloves], [Wispcloak], and a [Hat of Wintry Doom].  The rest of his current gear is from the various quests and 5-man dungeons.  I’ve started with heroics so the 40 Emblem of Heroism belt will be coming soon!

I bought Dual Talent Specialization on Mazer back at level 60 something.  With this he was able to level as Shadow spec and heal 5man groups as Holy spec.  I’ve only been playing a priest since WOTLK really but I can tell that dual-spec was a godsend from the hybrid classes.  (My priest actually goes back to early BC but I never leveled him past 30 back then, Warlock4Life.) Learning and experiencing healing will hopefully teach me new things I did not know about the game, things that could help me with managing our guild healers in raids.