After many days & visits to Winterspring, the [Reins of the Winterspring Frostsaber] is now mine!

Since I already completed my achievement for the Timbermaw rep, I ended up wasting around 150x[Winterfall Spirit Beads] but that’s OK because I’m finally done.

The grind for the Wintersaber Trainers begins and ends with Rivern Frostwind in Winterspring.
A basic break down of the reputation is this:
Frostsaber Provisions (250 Rep) is the only quest until neutral 1500/3000.
Winterfall Intrusion (250 Rep) quest will be available once you’re halfway through neutral.
Rampaging Giants (350 Rep) opens up after Honored is achieved.

All three quests are available to repeat as soon as you unlock them through the different levels in reputation.  I would recommend that you continue to do all quests as they open up.  You might think that the Giants are too far out of your way to bother with but all you need is a kill for 4 of each, no looting required.

I abandoned this rep grind after reaching my [40 Exalted Reputations] (many months ago) because it was a really active area.  It still is after all this time but only competing against 1-3 other players for the quest mobs is not too bad in my book.  It was quite tolerable especially knowing that there is a feat of strength being added in Patch 3.2 that you receive for obtaining the Winterspring Frostsaber mount (seen below).  The achievement was enough reason for me to revisit the grind and complete my 43rd Exalted reputation.

NPC Vendor window when Exalted. Click for a Larger Screenshot

During my ‘down time’ I’m still working Wintersaber Trainers Reputation grind.  Sadly, not much else happening at the moment.  We had to PuG some raiders tonight to fill out 25man Ulduar.

Not much to write about today thanks to reputation grinding.  Today I did my dailies then moved on to work at the Wintersaber Trainers faction.  [Rampaging Giants] for example.

In the evening, I was grouped with some friends and we queued for Arathi Basin battlegrounds.  I managed to grab the achievement [Disgracin’ The Basin] while we killed…

Side note: The guild is not doing well on attendance and such — We did not get the chance to do any 25mans this week and even our 10man only ran one night sadly.  Hoping for change soon… Boom. I hit [40 Exalted Reputations] Thursday while running Molten Core for my 40th and last needed rep of the [Hydraxian Waterlords].  Normally the run happens Tuesday but the patch delayed this weeks raid.  My partners in crime, Arcticsky and Leopole, had there 40 reputations done a week ago–so I was not far behind them.  Both pursued the Steamwheedle Cartel (from my earlier posts) after I unearthed the relatively simple four-at-once rep grind it offers.

The only two reps to go after is the Wintersaber Trainers for the one mount and/or the AQ40 rep [Brood of Nozdormu].  But only one yeilds and actual achievement for completing and the other just a lone mount.  The Wintersaber grind is sought by many and that is the reason I skipped it (for now).  Nozdormu will take a while if I ever plan on getting it, AQ40 will take more then four players to complete in a decent amount of time weekly.

Been working a lot on achievements this last month.  The last week though, I spent roughly 30+ hours in Dire Maul which was over 120 instance resets.

You might wonder how many sane people would farm Dire Maul at level 80 for almost a week.  The answer: REP!!

In order to get the Title Reward: The Exalted, you need to have [40 Exalted Reputations].  You can see below that I’m now only 1 away from my goal of 40.

But back to Dire Maul, unknown to some — it can be used to gain reputation with the Steamwheedle Cartel (Four Goblin Factions).  The beauty of gaining rep with the Cartel is that it’s four factions at the same time.

Dire Maul allows you to free a Golbin, named Knot Thimblejack, once per reset.  The quest is called [Free Knot!] and upon completion you get 350 reputation with Booty Bay, Ratchet, Everlook, and Gadgetzan!  It takes a [Gordok Shackle Key] which has a good drop rate of the guards and a 3% drop rate off everything else in the zone.

Using these keys, I was able to gain four factions at once thus taking me from 34 Exalted to 39!  Now I only need more faction which I will complete Tuesday (reset day) with the Hydraxian Waterlords by running Molten Core. Wootz 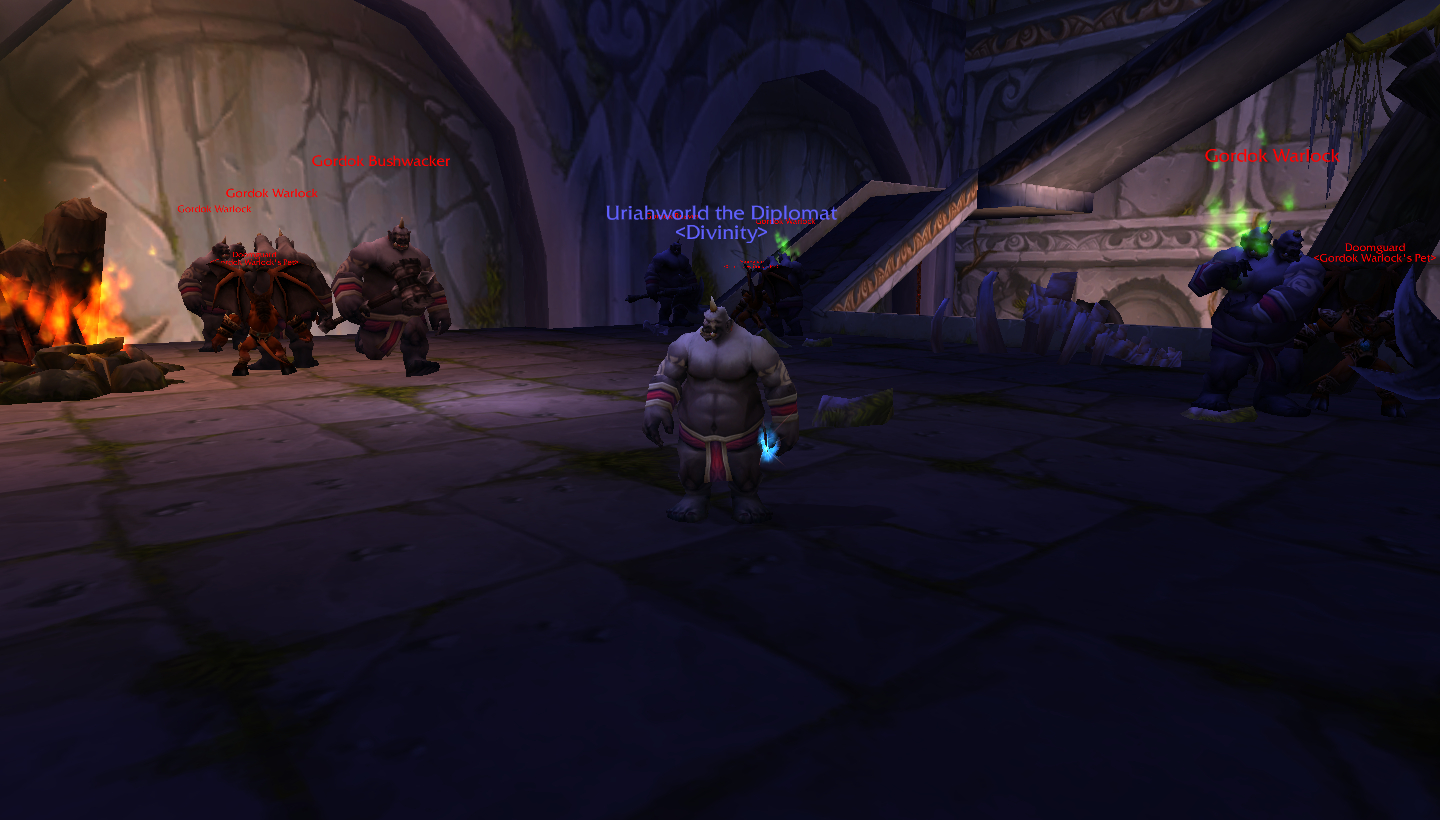 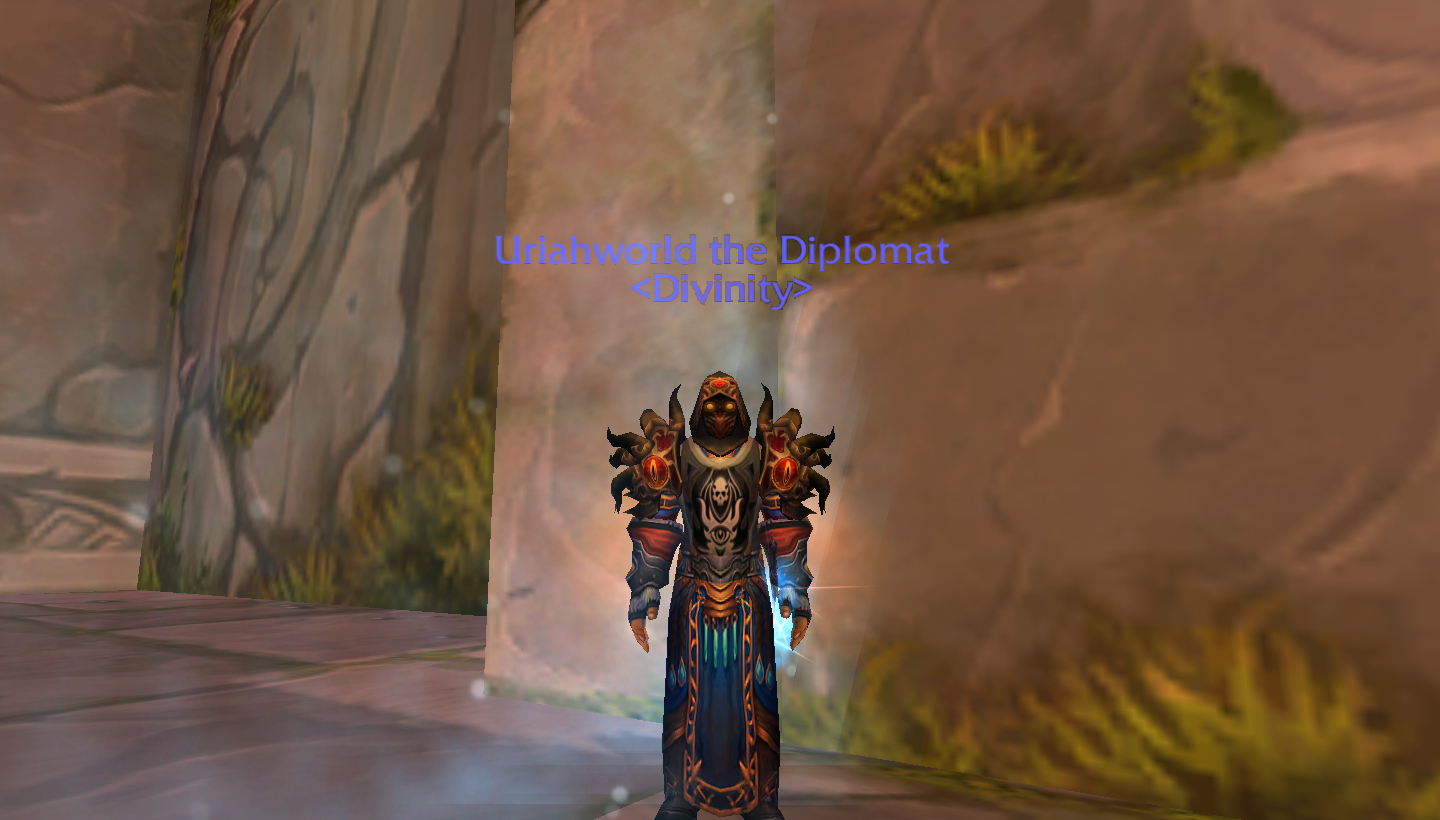 They Love Me In That Tunnel

After about four or five hours of work, I earned [They Love Me In That Tunnel].
I went from Unfriendly all the way to Exalted in just one day.  Patch 3.0.8 was a great patch for reputation and achievement junkies.

Timbermaw Hold was the last reputation I need for [The Diplomat] achievement and title. Wootz